The project, in partnership with the CDP, aims to disseminate good environmental practices and create monitoring indices for Suzano's suppliers

Suzano launched today, 16, a program to combat climate change, which focuses on the decarbonization of its production chain. The program is geared toward direct suppliers, who will begin measuring and reporting their emissions and environmental impacts.

The program will support Suzano's environmental actions that are based on a strategic plan that includes long-term goals to be achieved by 2030. Examples of this are the company's commitment to reducing Scopes 1 and 2 CO2 emissions by at least 15% and its plan to increase exports of renewable energy by 50% by the end of the decade.

Initially, the company established a partnership with the Carbon Disclosure Project (CDP), an organization that assesses the carbon footprint of companies for the financial market. Through the CDP platform, suppliers can complete the climate risk assessment form and receive feedback from the institution—which will process the answers from nearly 100 suppliers. Based on these answers, companies can understand their main shortcomings, points for improvement and create new strategies that consider the sustainability of their operations.

Suzano's idea is to expand the goal of reducing emissions of Scope 3 pollutant gases, or indirect emission sources — which are mostly its suppliers. Although the company does not expect impacts on long-term sustainable metrics, it believes that the new project will accelerate the goals already established. “This will give us greater reach within the chain,” says Julia Spinasse, Sustainability Manager at Suzano.

Between November and December, Suzano will have access to the answers at the CDP, and will meet with the suppliers involved to discuss possible new strategies. “This is an opportunity for us to share such important knowledge with our value chain. The companies will be more mature in terms of environmental impacts and this will also reflect on Suzano's performance,” adds Andrea Nonaka, the company's procurement manager, who also states that Suzano will disclose, in the near future, new decarbonization actions among its suppliers.

Similar efforts have already been adopted by sectors with great environmental impact, such as agribusiness. Agribusiness giants JBS, Marfrig, and Minerva already have programs in place to monitor their chain of direct and indirect suppliers to mitigate climate change and reduce their relations with suppliers in areas of deforestation.

“We understand that we, as a company, have important contributions to make and that greater involvement is need,” says Spinasse. “This is an environmental issue that can greatly interfere in business management and have financial consequences for Suzano. More transparency benefits the suppliers, who have a better understanding of the climate risks, and the company as well.”

The company is also one of the country's main contributors to carbon sequestration. This means that, in addition to investing to reduce emissions from its operations, the company is able to remove carbon that has already been released into the atmosphere. To this end, Suzano relies on numerous reforestation areas—1.3 million hectares to be exact. In 2019, Suzano's carbon sequestration totaled 15.4 million tons of CO2, a minimum percentage compared to the year's declared emissions: 3.7 million tons. Part of Suzano's environmental goal is also to capture at least 40 million tons by 2030. 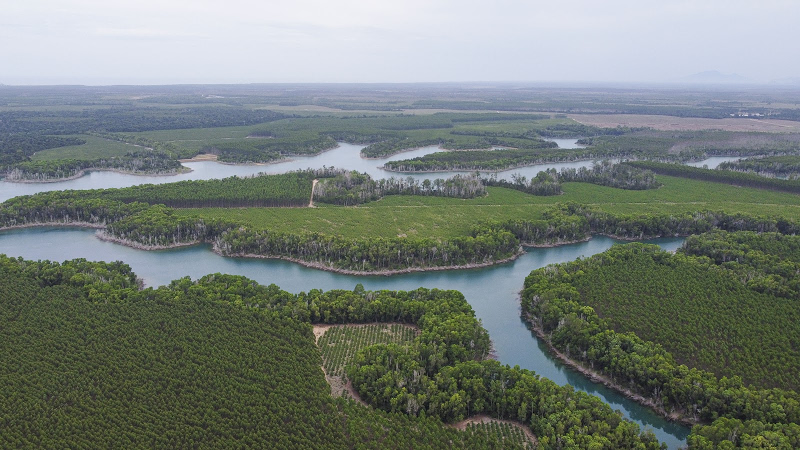